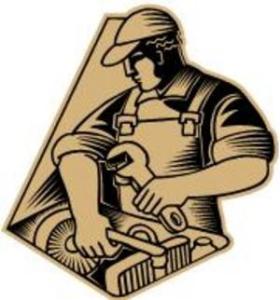 “But when he came to his senses, he said, ‘How many of my father’s hired men have more than enough bread, but I am dying here with hunger! ‘I will get up and go to my father, and will say to him, “Father, I have sinned against heaven, and in your sight; I am no longer worthy to be called your son; make me as one of your hired men.”‘ “So he got up and came to his father. But while he was still a long way off, his father saw him and felt compassion for him, and ran and embraced him and kissed him.
(Luke 15:17-20)

It’s like a mint condition 1957 Chevy given to you by your grandfather. As you are driving it home, you take the corner too fast and roll the antique car in the ditch. A policeman comes to your aid and to add insult to injury, gives you a ticket for speeding and talking on a cell phone with a buddy while driving. But he also gives you a business card for one of the best repair shops in town.

We’ve discussed our circumstances as broken and spiritually dead people. Damaged goods, if you will. We also talked about how modern Christianity has mostly ignored God’s design for complete restoration by not moving beyond new birth into further spiritual transformation. Now I want to focus on several important components of restoration. We’ll take a look at the roles of the Father, the Son, and the Holy Spirit. In addition, I want to spend some time explaining how the Word of God, fellowship, and our active participation in the Kingdom plays a role in the restoration process. These are the mechanics, if you will, in the repair shop. Each has a specific job in repairing the image. Remember that God’s objective in this process is to return every man to his original state in order for him to be everything he was intended to be.

Let’s start with the Father. The Paternal figure of the Trinity is the source of life and the Head of the family. He is both nurturer and disciplinarian. Jesus gives us a very vivid picture of the Father figure in His parable of the Prodigal Son. The father is waiting on the son to return and when he does, the father expresses his joy and relief for the son’s return with lavish love. The picture is one not only of rebellion and recklessness, but reunion and reconciliation as well.

God expresses these same concepts in the Old Testament. His desires is that men will seek Him and be reconciled to Him. But in order to reconcile, there must be a realization of separation (Isa 59.2). Just as in the story of the prodigal son, once we make that realization, the journey home begins. It is that active seeking to return that pleases God. A couple of examples: In Jeremiah 29.11-13, God disciplines the children of Israel but assures them He has a plan for their welfare. His deepest desire is that they simply seek to have a relationship with Him on His terms. In 1 Chronicles 28.9, David is admonishing his son to seek God with all his heart. There are a set of two-pronged consequences associated with Solomon’s obedience to David’s admonition. If Solomon seeks God, he will find Him. But, if Solomon ignores God, he will be rejected forever. So God’s desire is that we acknowledge our waywardness and our great need for His design for our lives. He is waiting for our return.

It’s like a mint condition 1957 Chevy given to you by your grandfather. As you are driving it home, you take the corner too fast and roll the antique car in the ditch. A policeman comes to your aid and to add insult to injury, he gives you a ticket for speeding and talking on a cell phone with a buddy while driving. But he also gives you a business card for one of the best repair shops in town. As the wrecked heirloom enters into the repair shop, the master mechanic is grieved that such a classic vehicle has been so damaged. But he is also thrilled that you have chosen him to fix such a prized possession. To be continued…